20 of the Best Hunting Quotes of all Time

A good quote resonates in your soul. It sticks with you. Some of these quotes are from people you have heard of, and some will be from names new to you. A few of the names are repeated, as they are from individuals who had a plethora of knowledge about the outdoors that is worth remembering. I have gathered a list of great hunting quotes that every outdoors woman should know. They speak to the art of hunting, the deep commitment to conservation, the love for proper land management, and the respect for the animals harvested that non-hunters will never fully understand.

Henry David Thoreau - “When some of my friends have asked me anxiously about their boys, whether they should let them hunt, I have answered yes - remembering that it was one of the best parts of my education - make them hunters.” 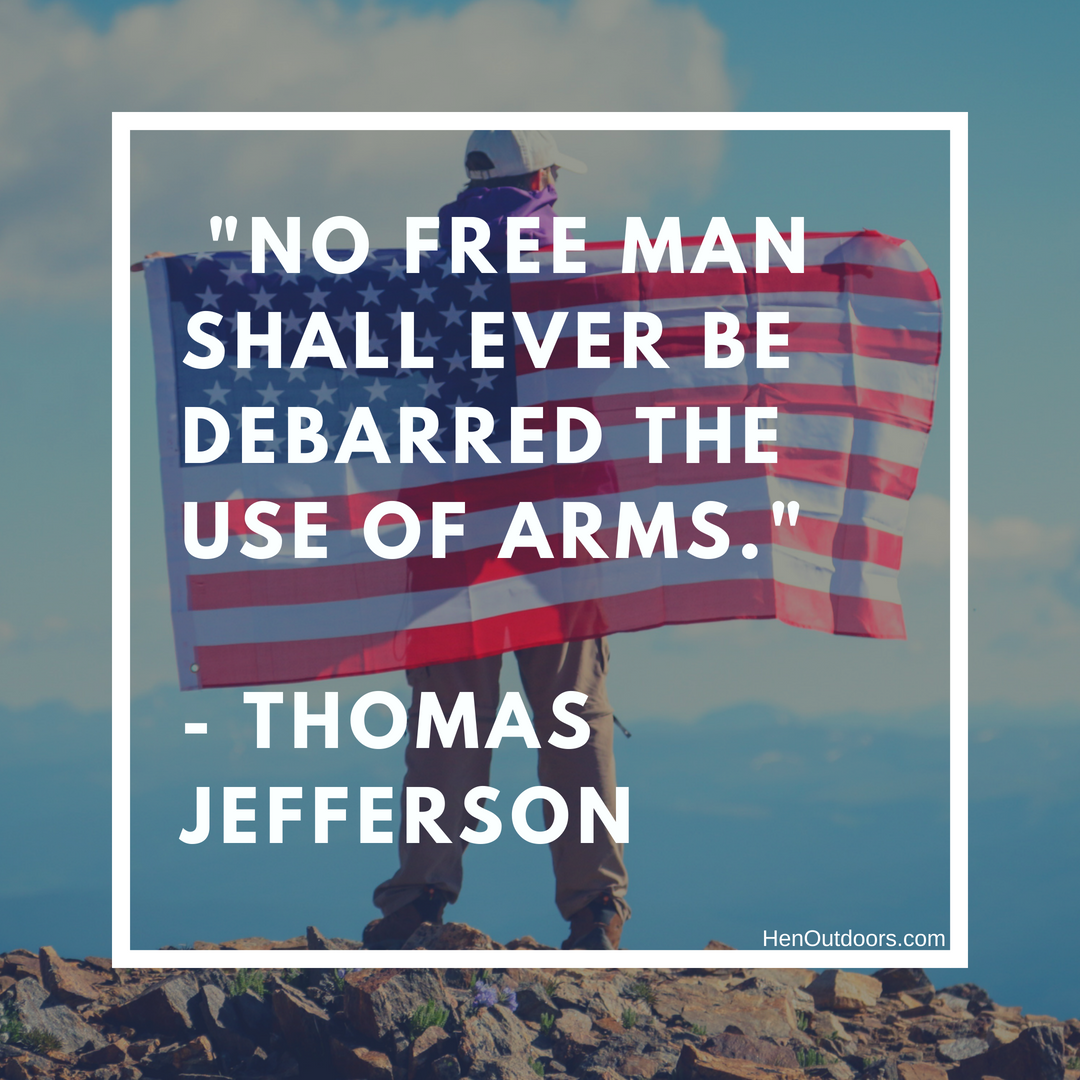 Aldo Leopold - “A peculiar virtue in wildlife ethics is that the hunter ordinarily has no gallery to applaud or disapprove of his conduct. Whatever his acts, they are dictated by his own conscience, rather than by a mob of onlookers. It is difficult to exaggerate the importance of this fact.”

Donald Trump, Jr. - “Hunting forces a person to endure, to master themselves, even to truly get to know the wild environment. Actually, along the way, hunting and fishing make you fall in love with the natural world. This is why hunters so often give back by contributing to conservation.” 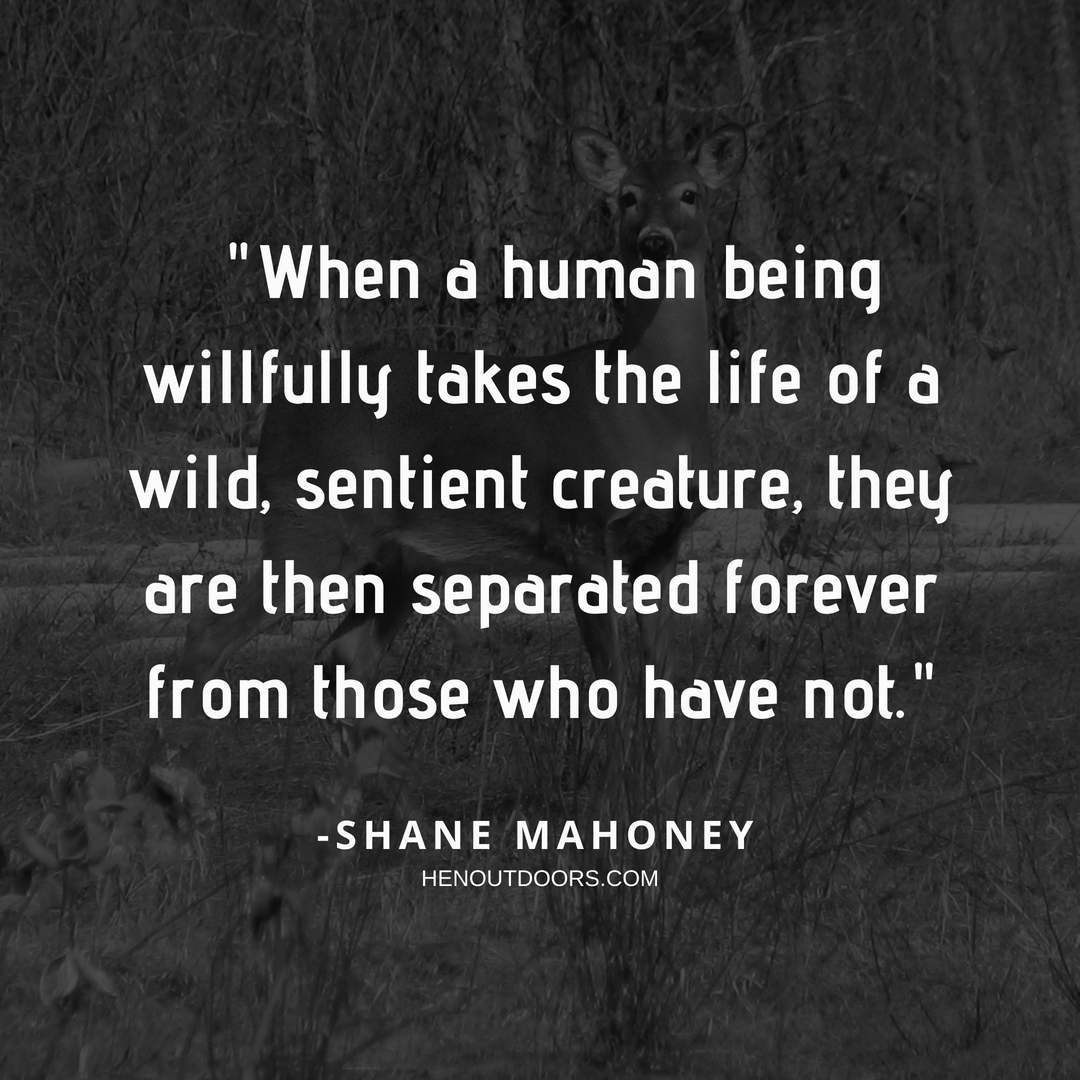 Saxton Pope - “The real archer when he goes afield enters a land of subtle delight. The dew glistens on the leaves, the thrush sings in the bush, the soft wind blows, and all nature welcomes him as she has the hunter since the world began. With the bow in his hand, his arrows softly rustling in the quiver, a horn at his back, and a hound at his heels, what more can a man want in life?” 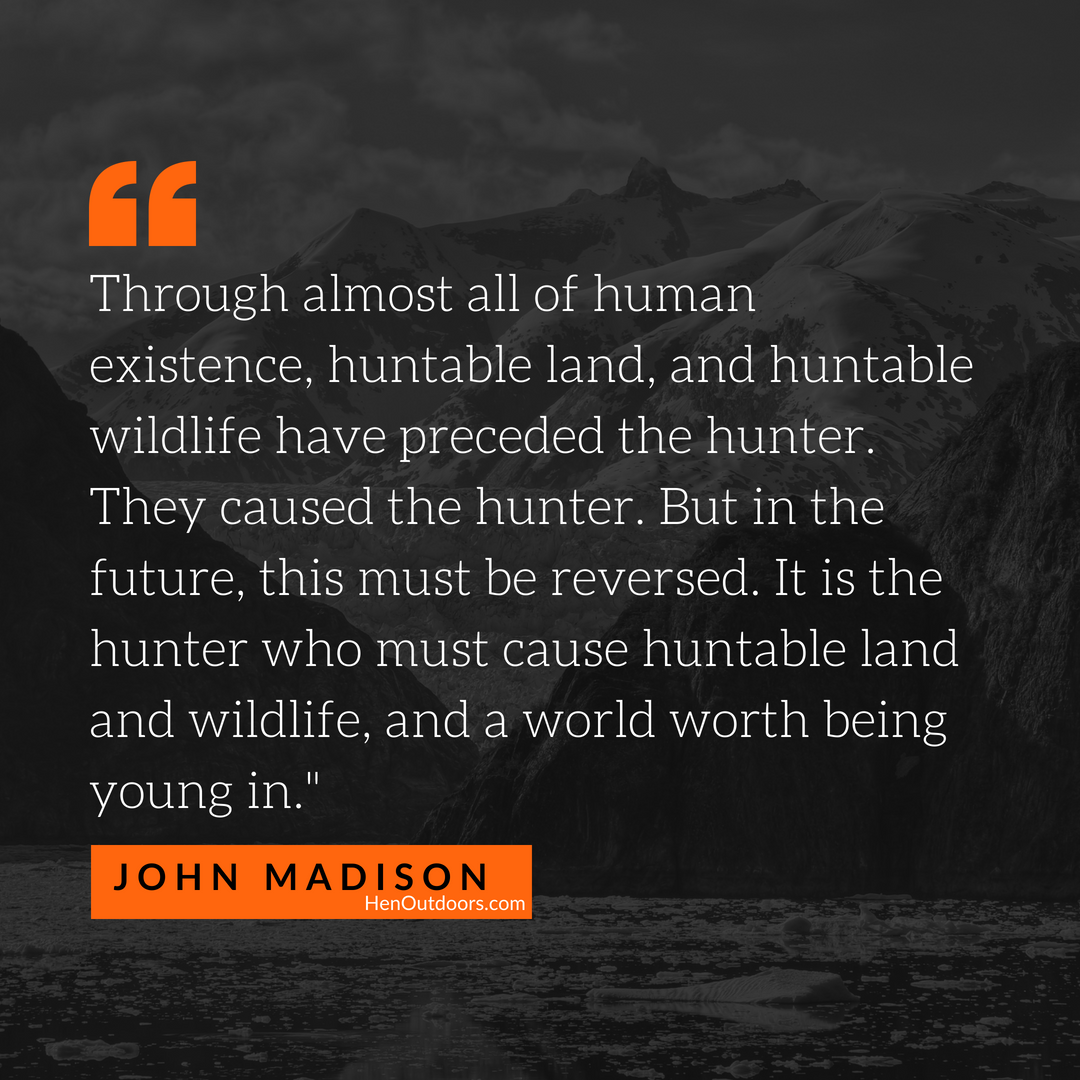 Archibald Rutledge - “It has always seemed to me that any man is a better man for being a hunter. This sport confers a certain constant alertness and develops a certain ruggedness of character… Moreover, it allies us to the pioneer past. In a deep sense, this great land of our was won for us by hunters.” 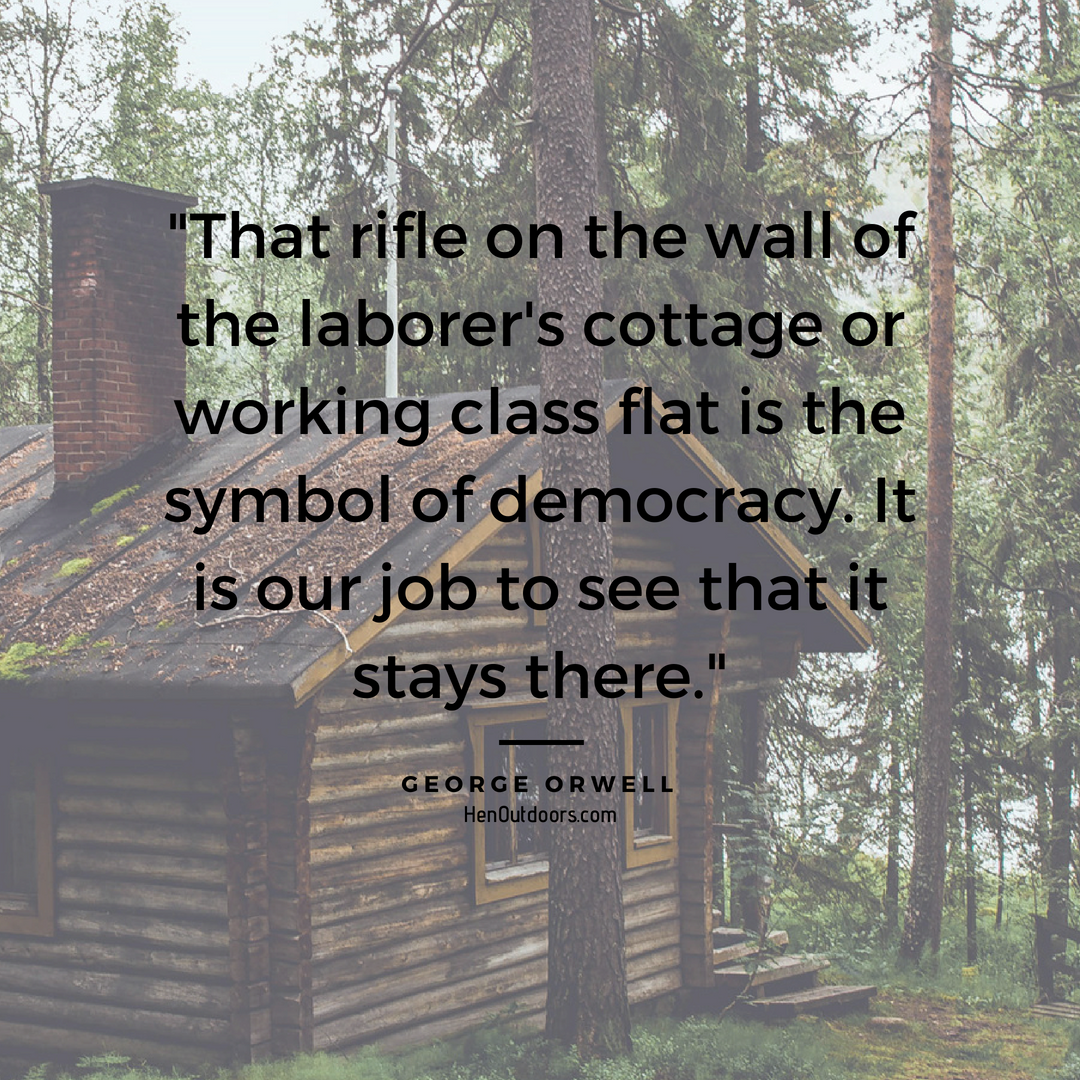 Henry David Thoreau - “You must not only aim right but draw the bow with all your might.” 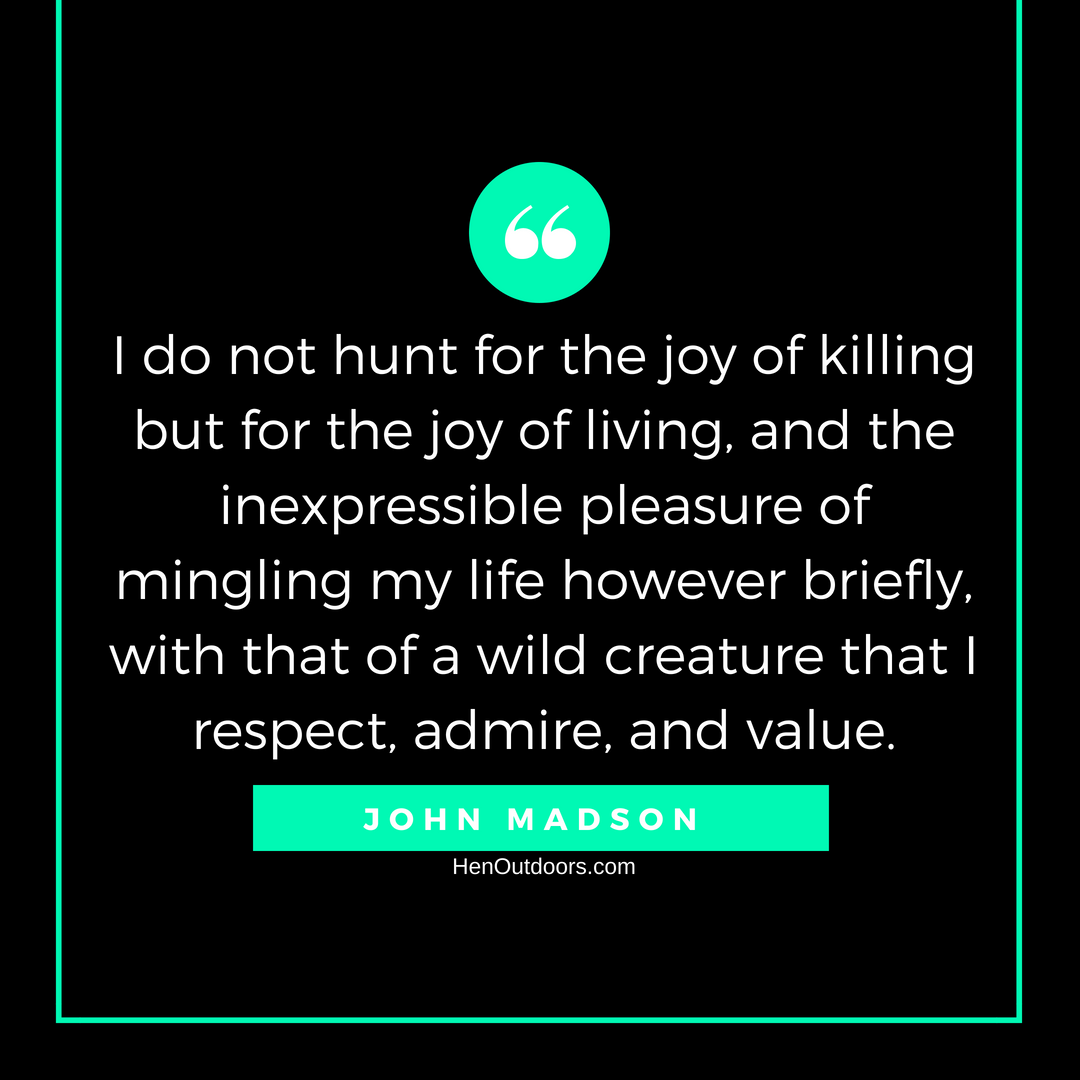 Theodore Roosevelt - “The great body of our citizens shoot less as time goes on. We should encourage rifle practice among schoolboys, and indeed among all classes…” 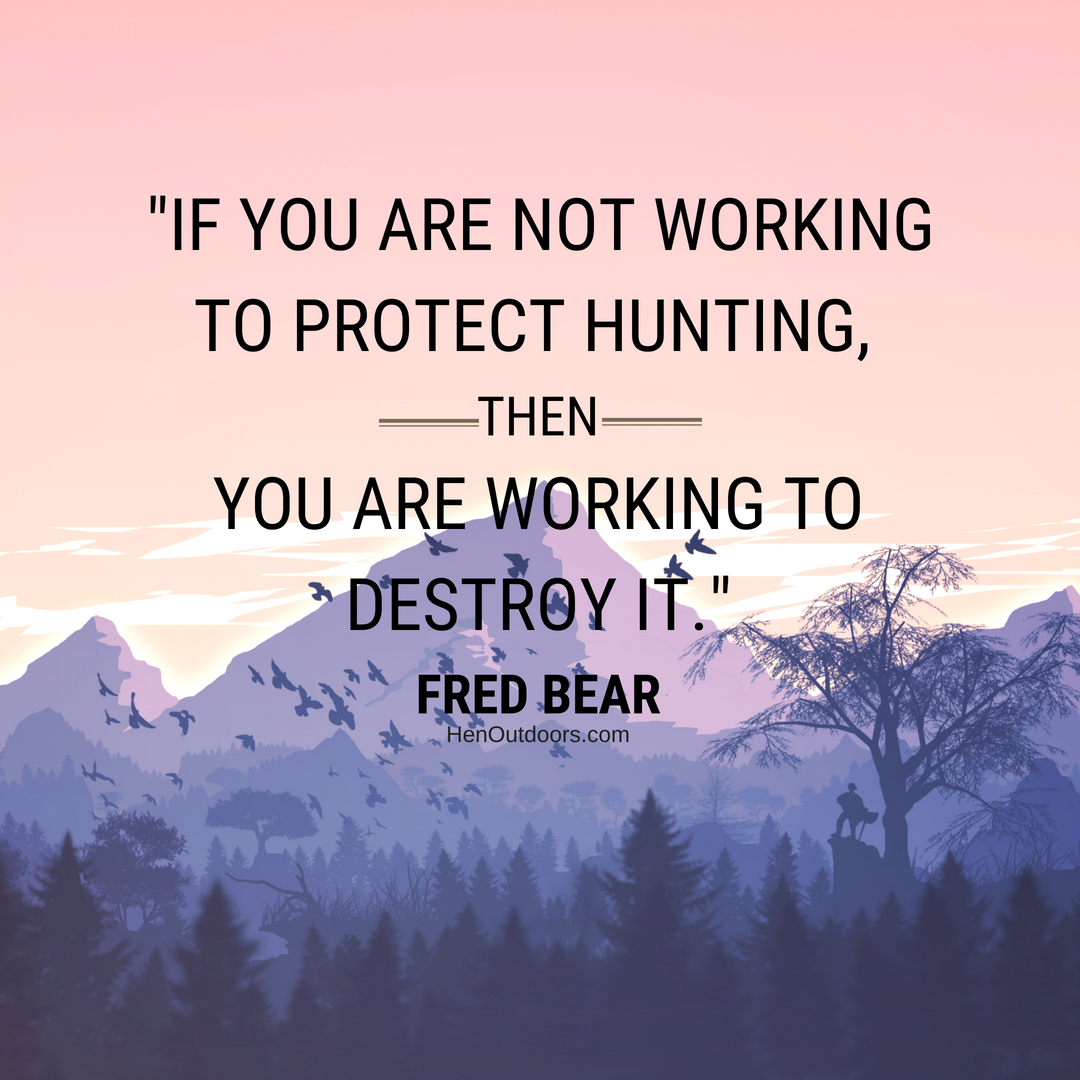 Pete Dunne - “When I was young, I was a hunter, walking wooded hillsides with confident steps and a gun in my hand. I knew the blur of wings, the rocketing form, and the Great Moment that only hunters know when all existence draws down to two points and a single line. And the universe holds its breath. And what may be and what will be meet and become one - before the echo returns to its source.” 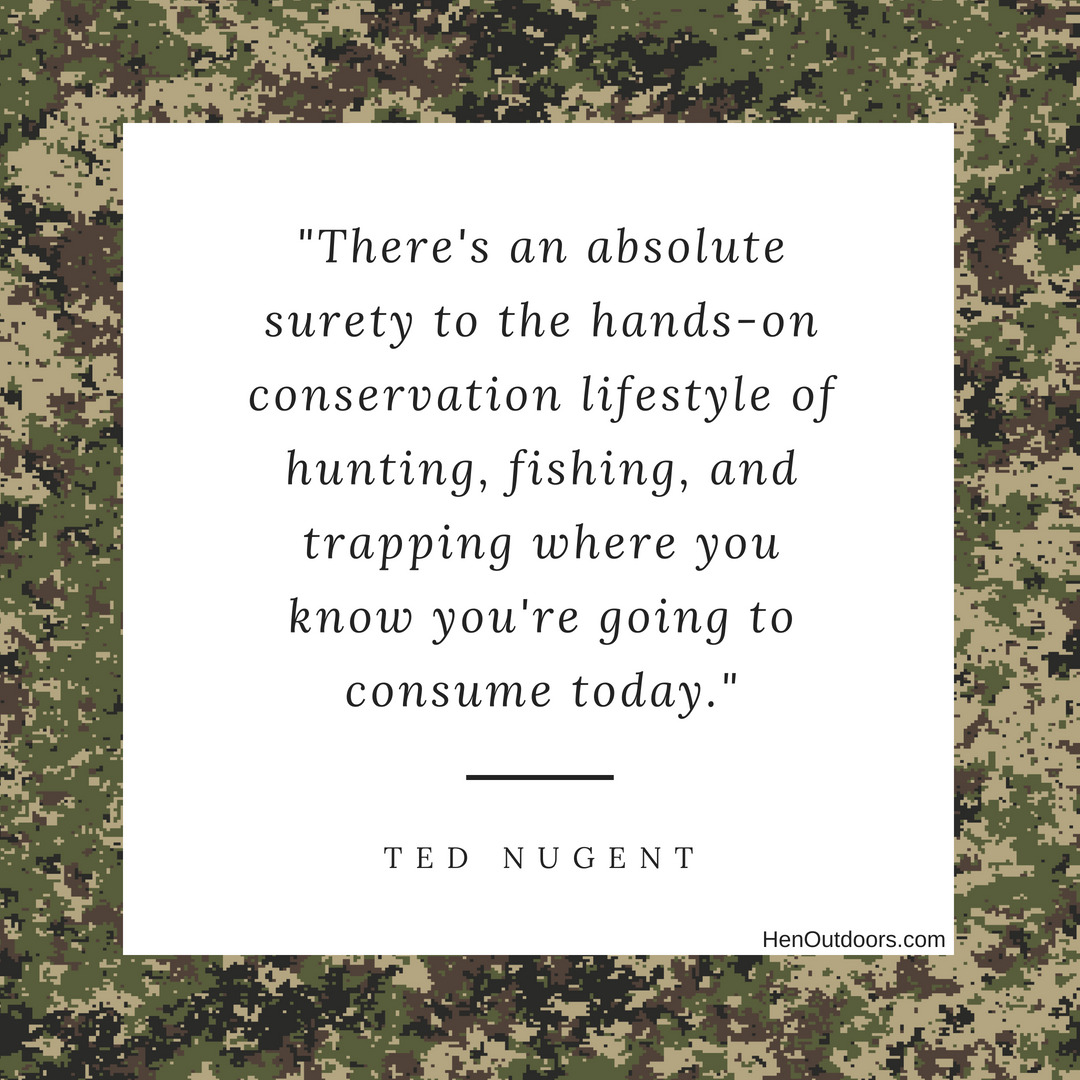 John James Audobon - “Hunting, fishing, drawing, and music occupied my every moment. Cares I know not, and cared naught about them.” 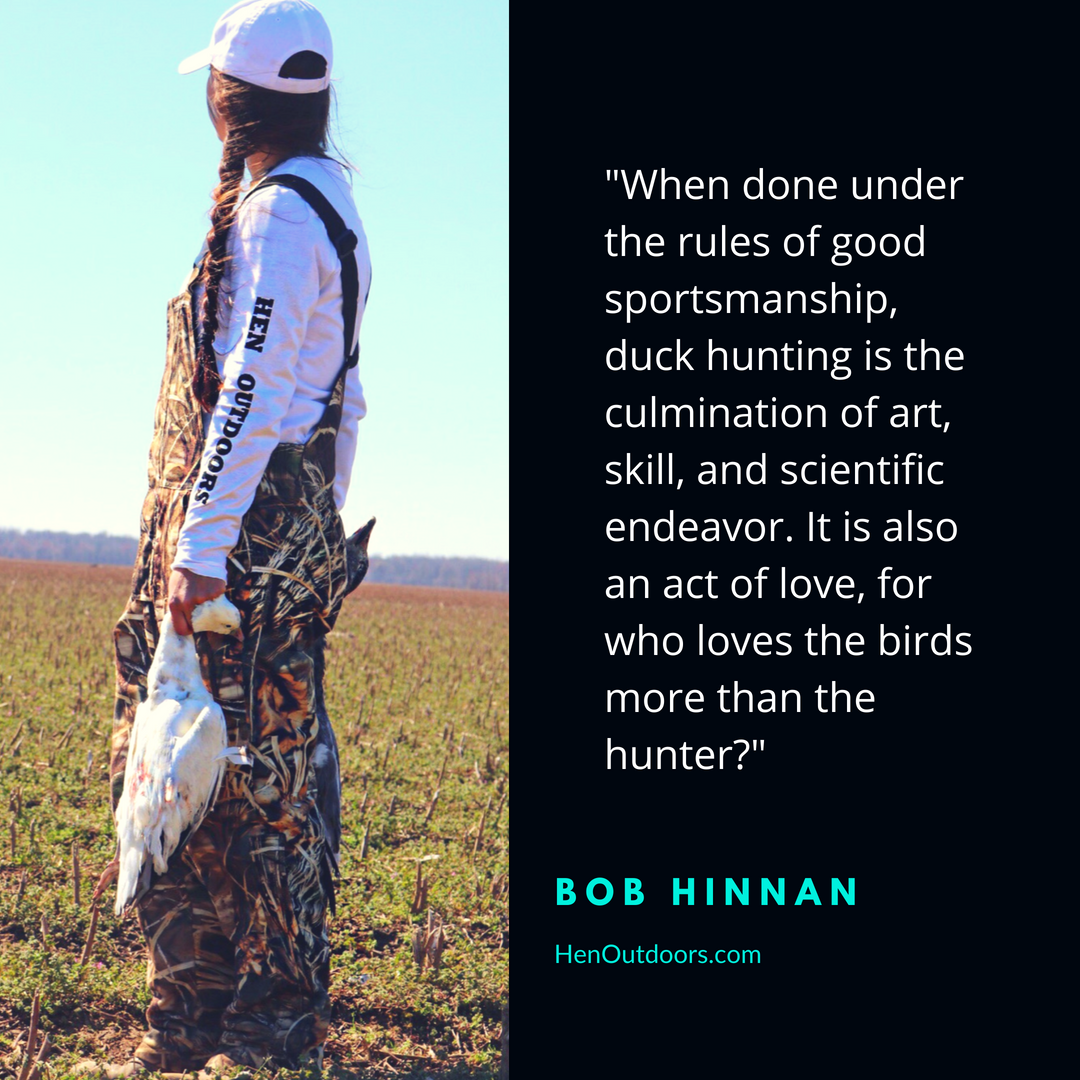 Henry David Thoreau- “I went to the woods because I wished to live deliberately, to front only the essential facts of life, and see if I could not learn what it had to teach, and not, when I came to die, discover that I had not lived.”

Fred Bear - “Nothing clears a troubled mind like shooting a bow.” 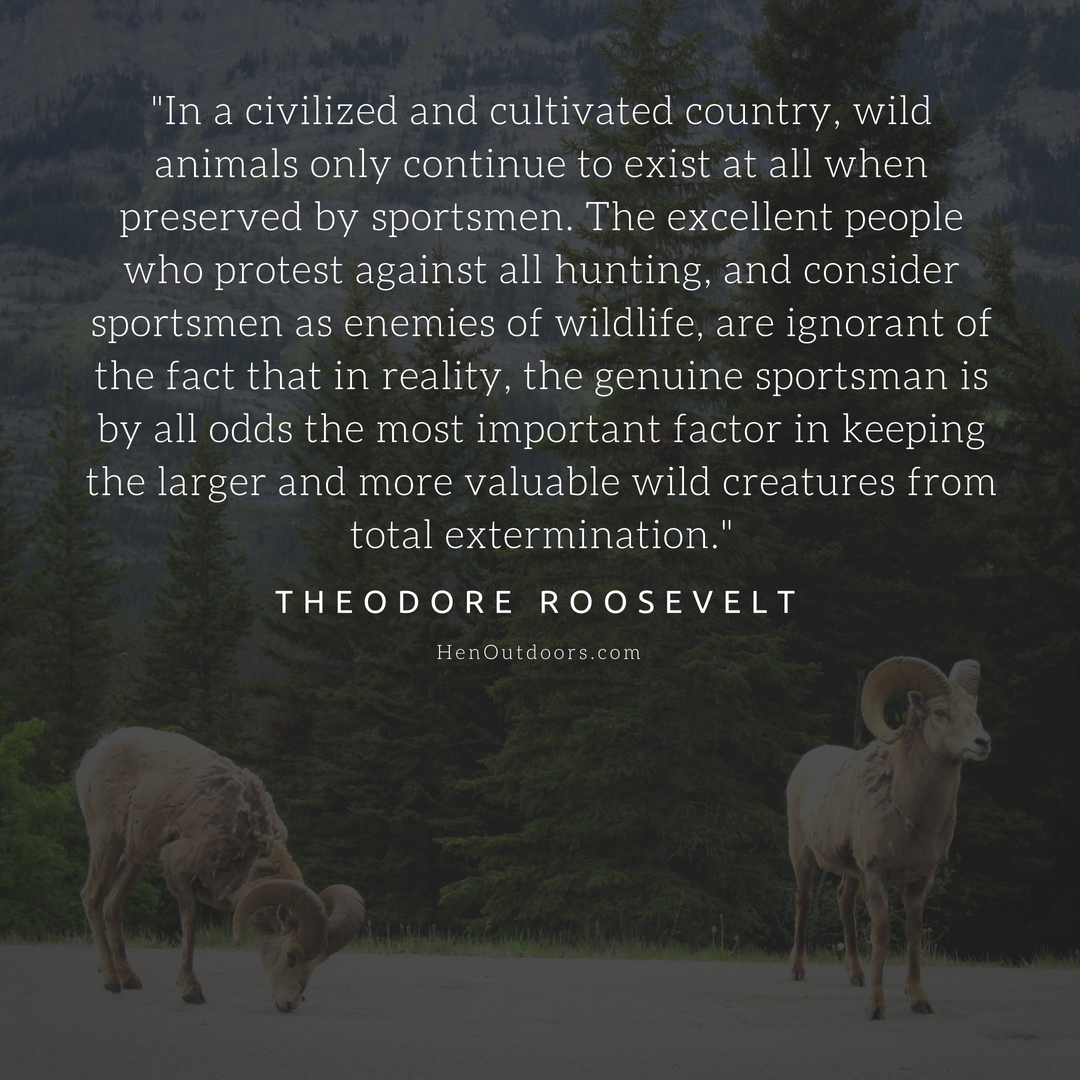