Venison, rabbit, elk and even squirrel. Americans have a long history of dining on wild game since the first humans crossed the land bridge into Alaska. But just like any long-held tradition, plenty of myths have evolved that might make modern people hesitate to cherish those recipes passed down through the years.

The good news is most of those myths are nothing but fake news. We at Hen Outdoors want to encourage our readers to enjoy the fruits of their labors, so we’ve debunked six of the most common myths about eating wild game: 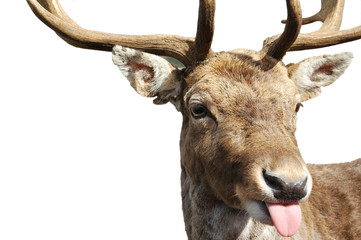 So many people assume any wild game tastes, “gamey,” which they also equate with an unappetizing flavor. But it’s just not true. If cooked properly, venison, rabbit, turkey and the like taste absolutely delectable.

It’s true that wild game can carry an intense, almost metallic flavor as a result of high iron content. After all, compared to the sedentary lifestyle of many farm-raised animals, wild game lead an active lifestyle. An increased heart rate leads to more rapid blood circulation, and thus the increased iron.

But what does “gamey” even mean? Daniel Volponi, who helps restaurant startups through his Sacramento-based Big Fox Consulting, explains that the flavor is more accurately described as umami, the lesser-known fifth taste that humans can discern.

“Umami, in a word, is savory,” he told USA Today’s Eat Sip Trip. “You can compare it to any number of things, but it’s a mysterious flavor. Not salty, not sweet, but certainly robust in its own right.”

Call it savory, umami or gamey, but who says it even has to be an unpleasurable flavor?

“Gaminess isn’t a bad thing,” Volpini further explained. “Not at all. In fact, I think it’s being recognized more and more as not just a good thing, but a superior thing.

“The wild nature of the animal also makes for a potentially higher quality of meat, not filled with antibiotics or genetically-modified grains. If your food is finding its own food, then hopefully that food is pure and wild and clean as well.”

Regardless whether or not you appreciate umami, it’s not difficult to remove the strong flavor. The key to reaching that tantalizing taste is knowing how to prepare the meat properly. Any food can taste bad if it’s not cooked well. The following tips can help: 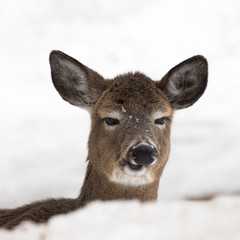 Wild game has provided an excellent source of protein throughout time. And while medical professionals often advise people to cut back on “red meat,” this advice doesn’t necessarily apply to wild game, for a variety of reasons.

Wild game is also rich in iron, niacin and other vital B vitamins at far higher levels than livestock. 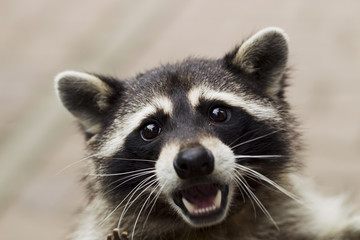 3. Eating wild game will give you worms.

Ever hear advice never to eat a summer rabbit? Aside from the fact that bunnies are typically out of season during the warmer months, much of the legend is purely hearsay.

Sure, rabbits and other wild game can often have worms and other parasites living under their skin. But it’s highly unlikely for them to transfer to a human consuming the meat, for a couple of reasons.

For one, you can generally see the worms. It’s not as though they are microscopic creatures unbeknownst to the consumer. So if you field dress an animal, and it’s crawling with worms, you’ll know not to eat that animal.

Further, however, and more importantly, any worms remaining in game meat will be killed when it’s cooked. They don’t have an extremely high heat tolerance. As long as the meat is cooked to about 160 degrees, any parasites will be dead.

Not only is it highly unlikely for parasites to transfer to a person who eats infected game meat, but wild game is certainly not the only type of meat that can contain worms.

In fact, commercially-raised hogs are more likely to carry the trichinae parasite than wild game. According to the Centers for Disease Control, in a recent five-year study only 84 cases of trichinosis occurred in all of America, and only 43 occurred after patients ate wild game – 30 of which occurred in a single incident.

So, in a five-year span, only 14 separate incidents of trichinosis were the result of eating wild game – 14 out of millions of people who eat wild game each year. 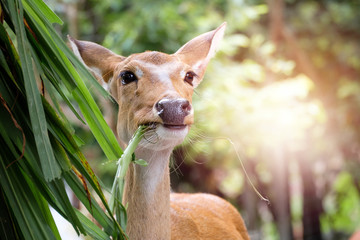 4. Wild game is dry and tough.

Like any other meat, wild game needs to be properly cooked for best results. Even chicken or the primest cut of beef steak can be dry and tough if it’s overcooked, so why does wild game get a bad rap?

At the same time, it’s important to remember not to cook wild game just as one would prepare commercial meat. Don’t expect your venison steak to taste as good as a ribeye if you cook them the same. With less fat content, game meat can become dry and tough without proper preparation.

To keep your wild game meat tender and moist, try cooking your venison with some bacon, pork fat or even butter. Likewise, covering goose, duck or other fowl with bacon and slow-cooking it will result in scrumptiously juicy breasts. 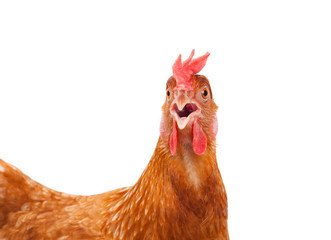 Regardless of how you prepare it, don’t expect your venison roast to taste like its beef counterpart. As previously mentioned, the meat is leaner and higher in iron, while it also possesses its own unique texture.

Diufferent birds can carry vastly different flavors. Sure, they might be similar, as waterfowl, pheasants and chicken all can claim a common ancestor. Even certain reptiles can sometimes “taste like chicken.” But they too derive from a common ancestor – the dinosaur. Maybe instead of saying so much meat “tastes like chicken,” we should instead say it “tastes like lizard.”

Still, just because some wild game might taste somewhat like chicken, that doesn’t mean you can use the wild game as a recipe substitute – just as venison should not be prepared in a beef recipe. It just doesn’t carry the same flavors as grain-fed cattle.

In fact, one venison to the next can vary depending on the animal’s diet. Corn-fed deer will taste far milder than those who feed on acorns and roots. And that varying flavor requires different seasonings to achieve optimal results. 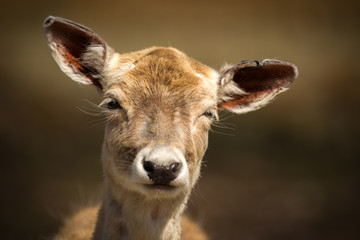 6. Eating venison can give you CWD.

Many deer hunters and conservationists are concerned with chronic wasting disease, a condition that affects the nervous system of infected animals.

Many hunters are further concerned that eating venison can transmit the debilitating condition to their friends and family – especially those who hunt in areas where CWD has been documented.

The good news is thousands of hunters and their families have eaten game meat from deer and elk harvested from CWD-endemic areas for many years without incident.

After all, according to Texas A&M Agrilife Extension, even in the most impacted regions – Colorado and Wyoming – fewer than 30 percent of the cervid population ever become infected. Far fewer cases have been documented in other areas. Texas, for example, has only seen about a dozen cases in the past three years.

Even if you are hunting in an endemic area, safe hunting practices can all but eliminate any chance of disease transmission, including:

A native of Missouri's scenic and historic Arcadia Valley, Samantha Lile is a successful web-content creator with a journalism and mass media degree from Missouri State University. She contributes to various web publications from her home in the beautiful Ozarks, where she resides with her husband, four dogs and two cats.