Richelle, 13, has had a love of being outdoors since she was born. Growing up with two older brothers, she was excited when she passed her Hunter’s Safety class so she could finally be the hunter on hunts with her father and brothers. 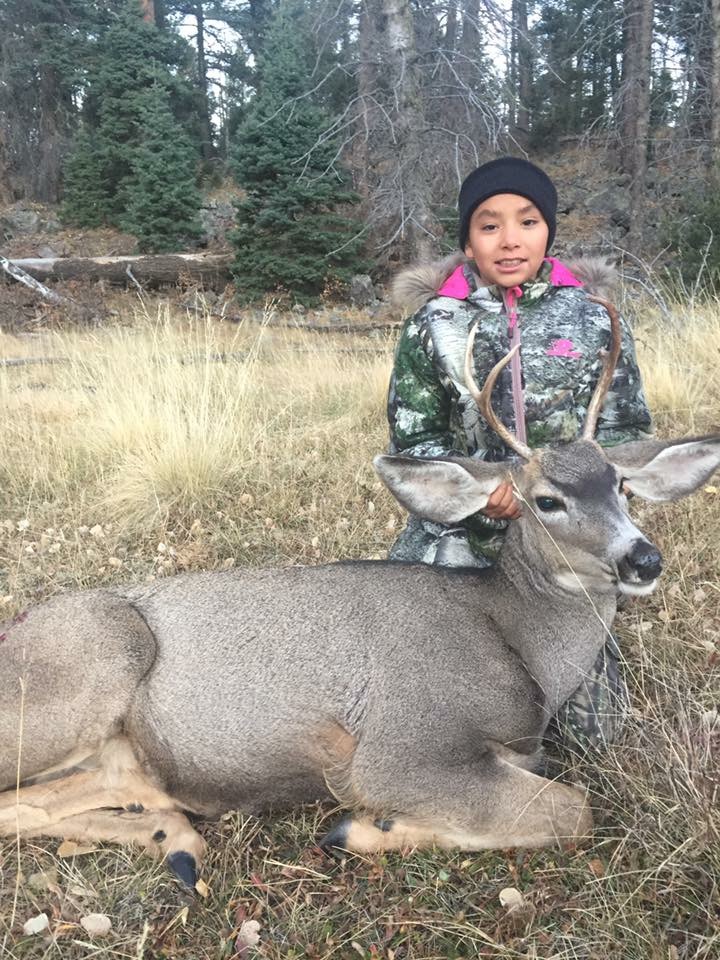 She has been hunting for the last two years and she has filled the tags for 2 mule deer, 2 turkeys, and one cow elk. She is also very active in sports. She has been playing basketball since kindergarten and now participates on her school’s jr. high volleyball, basketball and track teams. 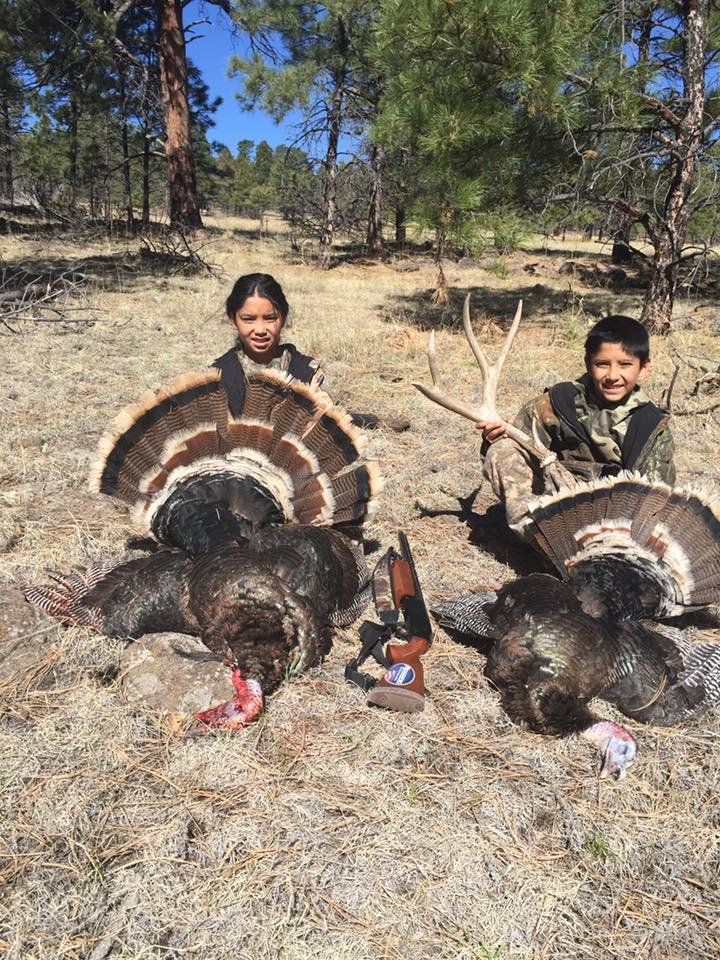 She took her second mule deer on October 29, 2017. It was the first morning of her hunt and she was out with her dad, brothers and her grandfather. It wasn’t long before they found a small buck that she set up on. Unfortunately she wasn’t able to get a shot on him. So they continued on the hunt. After walking a little further they came up on a herd of deer and spotted this buck in the mix. She set up again and had a clear shot this time. She was able to bring him down with her first shot! She was really excited to be bringing this big boy home! Her goal for this hunt was to try to get a buck bigger than the one from the previous year. She definitely succeeded in doing that! 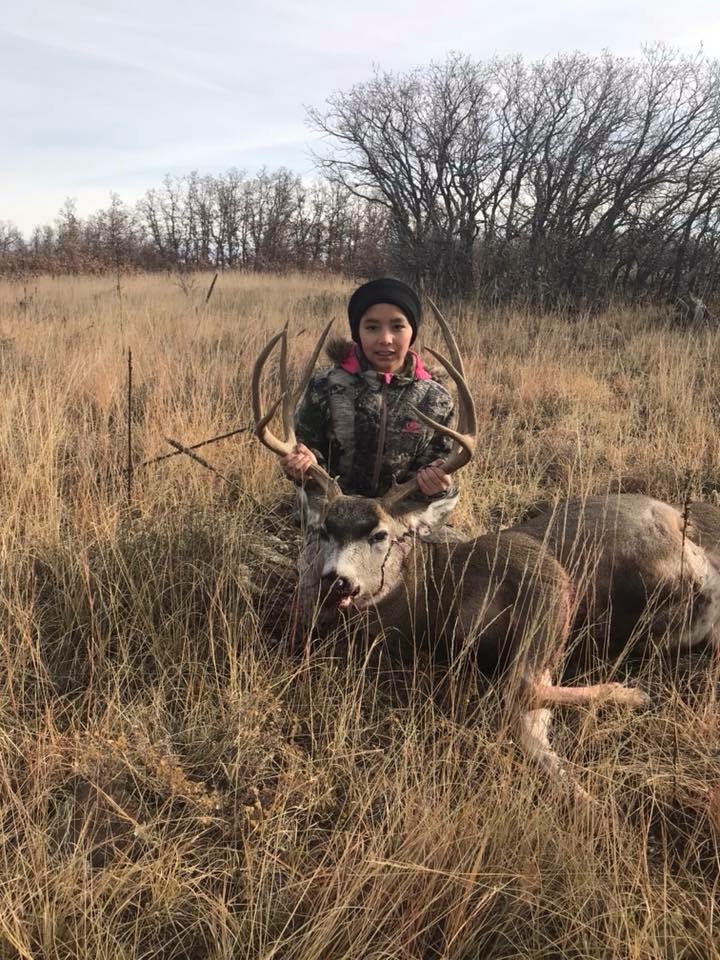 Wow, congrats Richelle can’t wait to see what the future has in store for you!