When it comes to nature versus nurture, love of the outdoors and an affinity for hunting falls within the latter. We know that almost 60 percent of hunters had a mentor who influenced their interest, and it’s not hard to believe that 75 percent of them were taught to hunt by their fathers.

A child’s most powerful role model is the same-sex parent. Psychologists across the industry, find that girls see their mothers as a primary example of womanhood. So, is it any wonder that if more women hunt, more daughters will follow in their footsteps?

In honor of Mother’s Day, we at Hen Outdoors are happy to focus on those special mothers! 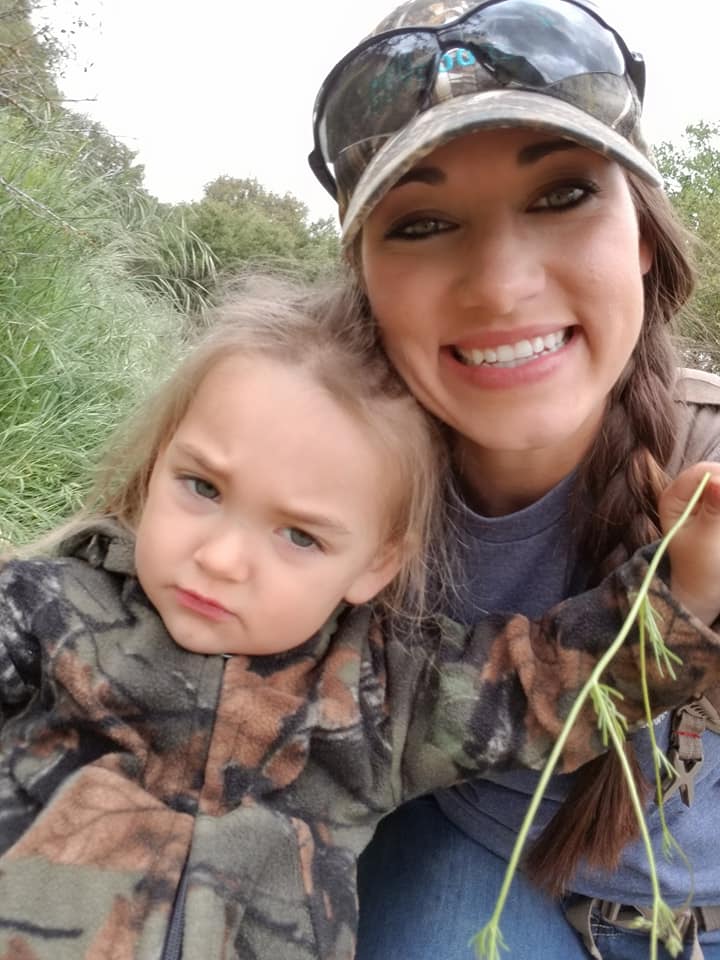 According to the U.S. National Survey of Fishing, Hunting and Wildlife-Associated Recreation, the number of sportspersons who participated in either hunting or fishing declined from 40 million to 37.4 million in recent 20-year period, despite the overall population increasing by 24 percent during the same time.

Why the decline? Could it be because fewer children are initiated into the sport? Perhaps. In 1990, 12 percent of children living at home had participated in hunting or fishing. But by 2010, that number had decreased to just 8 percent.

In 2010, only 2.4 percent of daughters living at home went hunting. Of those girls, 98 percent watched their father hunt during the same year, and about 70 percent saw their moms do the same. Perhaps more telling, however, is that only 8 percent of daughters who hunt do so without any parental hunting involvement, compared to 21 percent of sons. Watching a parent hunt, therefore, has a far greater influence on girls than on their brothers. For women, hunting is a family tradition.

“Throughout my childhood, my mother would often go with me in the woods. Watching her passion of the outdoors showed me it was okay for women to enjoy hunting, just as it was passed down to her,” explained Haley Heath, host of the Sportsman Channel’s Family Traditions. “Now being a mother of two, I feel it is important to pass this tradition on to my children.”

Heath’s program is aptly named, as she is far from the only mother who sees hunting as a family tradition. By far, women report hunting as a way to forge stronger family bonds more than men. When she studied the phenomenon, Whitworth University sociology professor Stacy Keogh noticed an increase in women learning to hunt and put meat on the table.

“Women approach hunting not strictly from a recreational angle, but one that considers relationships as a primary motivator to participation,” Keogh said. “Women also describe hunting as a family event. In the interviews, each woman reported ‘spending time with family’ as a primary motivating factor for participating in hunting.” 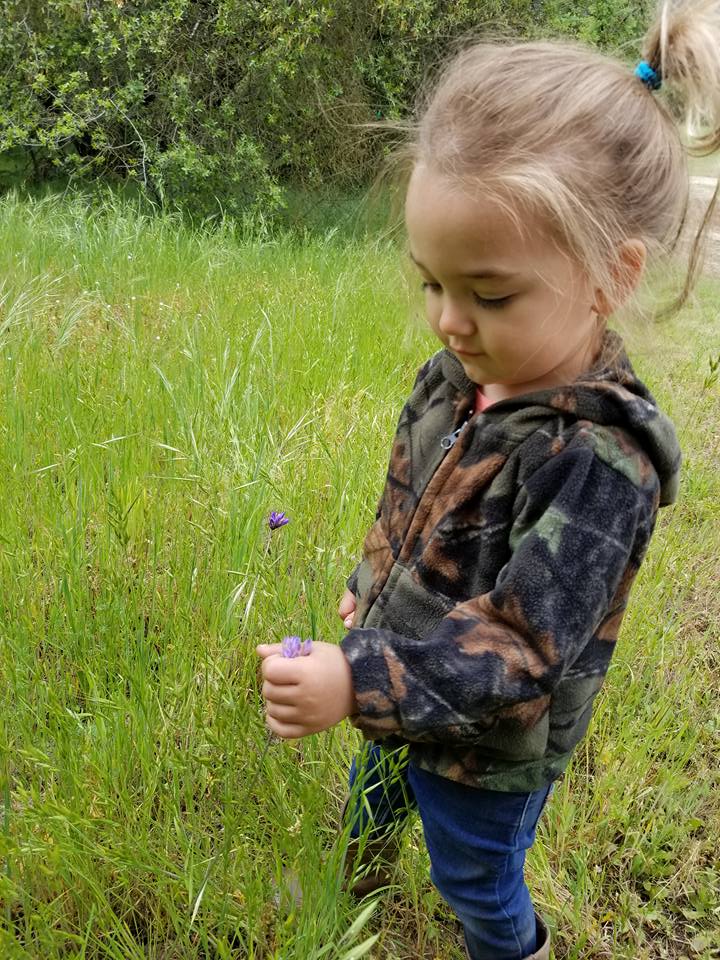 And those traditions may be paying off. While the overall number of American hunters has declined, women’s participation is on the rise. Total hunting population dropped from 7 percent in 1991, to just 5 percent in 2011, but women’s participation during that period increased by 2 percent. They now represent about 14 percent of the whole group. In Wyoming alone, the number of licenses sold to resident female hunters increased by an impressive 32 percent since 2008.

“The fact that women are achieving more recognition as hunters represents an important social and cultural shift,” Keogh added. “That shift is made even clearer upon entering a sporting goods store where women’s hunting gear is now readily available.”

And while the increase in women hunters may be a new trend in the United States, it’s not completely unique to America. It was not at all uncommon for Native American women to accompany men on hunting trips, and many also hunted for small game themselves. And it was mothers who often passed hunting skills on to their sons and daughters.

According to the Ontario Native Literacy Coalition’s 2017 publication, “Daughters, Sisters, Mothers and Wives,” which described women’s role in the Creee society, women played a key role as knowledge keepers and passing on the hunting tradition.

“With the men out hunting and fishing the women would still be able to teach hunting and fishing skills to their children. The repertoire of knowledge that women had of ‘bush’ skills was equally important if a father did not return or had died on a hunt,” the authors explained. 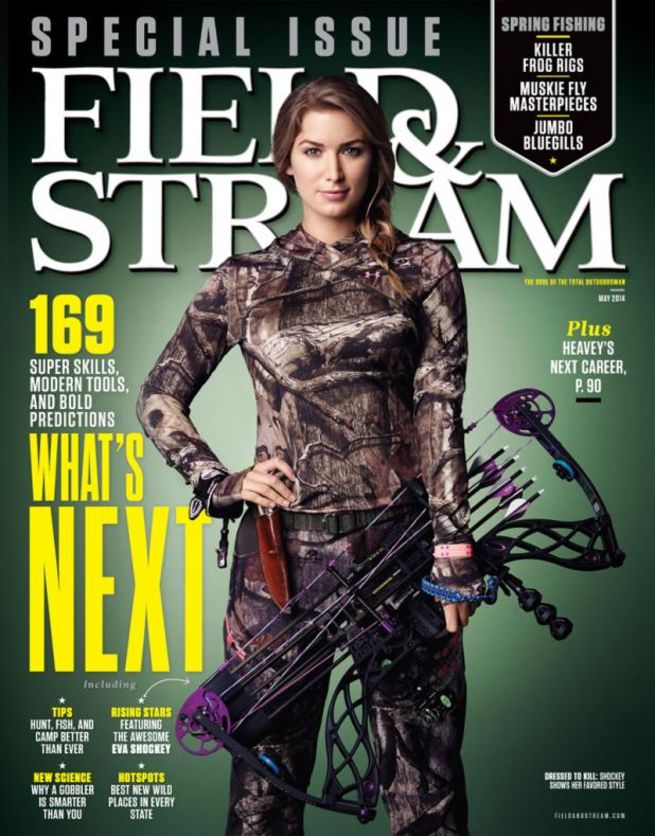 Of course, mothers aren’t the only female mentors who can inspire little girls to become modern sportswomen. Seeing more female hunting personalities in the media, with celebrity role models like Eva Shockey appearing on the cover of Field and Stream, motivates little girls to dream beyond Barbies and playing house.

On her television show, Heath often hunts alongside her family, showing even little girls whose mothers don’t hunt that they can one day pass the tradition to their own daughters. And being a hunter doesn’t mean they can’t be typical girls.

“Being a woman in the outdoors shouldn’t have a stereotypical look as far as ‘outside’ appearances go,” Heath said. “I, like any woman, enjoy days at the spa, being a soccer mom, going to Atlanta to shop and getting my hair done and dressed up for events; however, I am most comfortable in my “cam,” with my family enjoying the wonderful outdoors.”

In fact, Heath plans on spending Mother’s Day with her children in the woods, waiting to hear a turkey gobble at the break of day and hoping to get her shot at one. We at Hen Outdoors hope our readers are fortunate enough to do the same.

“Life doesn’t come with a manual, it comes with a mother.”
- Unknown

A native of Missouri's scenic and historic Arcadia Valley, Samantha Lile is a successful web-content creator with a journalism and mass media degree from Missouri State University. She contributes to various web publications from her home in the beautiful Ozarks, where she resides with her husband, four dogs and two cats.