This past week I have had the privilege of interviewing several amazing women who have beaten the odds to become some of the few female taxidermists in the country. Taxidermy is almost exclusively an art that men gravitate to – but these women have proved that their creativity and unique perspective sets them apart.

History of Women in Taxidermy

The art of preserving animal specimens has been around since animals were embalmed in Ancient Egypt. Even in the Middle Ages very crude methods of taxidermy was used in creating displays for apothecaries and astrologers. In the mid-1700’s birds were being preserved for the study of natural history.

It wasn’t until the mid-19th century that hunters began hiring upholsterers to sew up animal skins stuffed with cotton and occasionally rags. This is where the label “stuffed” originates. In the Victorian era, artists would sculpt clay, plaster and wire cages as the frames for the animal skins. Taxidermy mounts became a popular item for home decorating. Even Queen Victoria was an avid collector of taxidermy birds from all over the world. During the late 19th Century, artists would sculpt animals into anthropomorphic displays. Both the natural display, often called Classical Taxidermy, and the more whimsical displays, or Rogue Taxidermy, continue today. 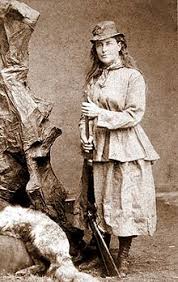 Martha Maxwell was born in 1831. Obviously, I wasn’t able to interview her, but she is certainly worth talking about. Martha was the first female naturalist to obtain and taxidermy her own specimens. She built elaborate displays that greatly influenced some of the major figures in taxidermy, such as William Temple Hornady (hunter, zoologist, conservationist, and taxidermist – famously known as the man who saved the American Bison from extinction due to his taxidermy displays) and Carl Akeley (known as the Father of Modern Taxidermy).

Her displays set the precedent for the future of taxidermy – by arranging the mounts in lifelike poses and displayed on items from their natural environment. Martha was the first to find and identify the Colorado Screech Owl – and it was named in her honor, Scops asio maxwellae. This was the first time a woman had a subspecies named after her.

Martha attributes her love for nature to her Grandmother. They loved going on long walks with grandmother through the woods where they would identify the wildlife they encountered. Martha’s father passed away in the 1830’s and her mother remarried right away. The new family left Pennsylvania for Oregon as Christian Missionaries to the Native Americans. Much to Martha’s sadness, her grandmother did not survive the arduous journey.

The trip proved to be much more difficult, so for the sake of their health the family settled in Wisconsin. Martha was unable to finish her schooling due to finances, so in exchange for board and tuition, she agreed to be hired by a widower to chaperone his two children at a local college. Less than a year later, and despite the widower having 6 years and being 20 years her senior, Martha married James Maxwell. James soon learned that Martha was a very determined woman and a go-getter if there ever was one. Less than two months after her marriage, she was arrested for her involvement in the raid of a tavern in support of the Temperance Movement.

The Maxwell’s had a baby the year that the fell into financial ruin, so they traveled west, prompted by the Gold Rush. Young Mabel stayed behind with Martha’s mother so she could attend school. Martha was a determined that she would prove to be an asset to the team – she cooked for all six and even took her turn driving the team of mules. James mined for gold in Pikes Peak and Martha baked pies and mended clothes. She soon sold enough pies that she was able to purchase a boarding house as well as some mining claims and even a one bedroom cabin on the plains outside of Denver. 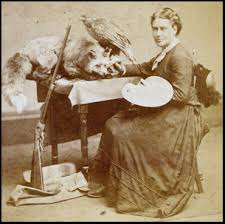 But tragedy struck again in the 1860’s - Martha’s primary method of income, the boarding house burned down and a squatter was trying to lay claim to her cabin. Even after winning the lawsuit, the squatter refused to leave. So Martha watched him and when he left the cabin to run errands she removed the door from the frame so she could enter her home - and what she found was lots of crude taxidermy. She became busy and set everything outside so she could claim her home. She was mesmerized by the preserved birds that she saw – and wrote to her family asking them to send her a book so she could “learn how to preserve birds and other animal curiosities in this country.” Shortly after, while in Wisconsin again for a short stay to take care of her ill mother she found a local taxidermist and was able to learn a little about preserving from him. 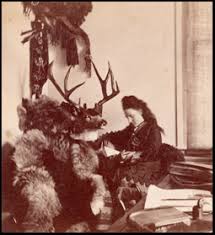 When she returned to Colorado, Martha feverishly got to work in creating elaborate taxidermy displays. By the fall of 1868 she had over 100 mounts – including hummingbirds and eagle chicks. The Colorado Agricultural Society asked her to display her work with them. Everyone was amazed at how lifelike her taxidermy was. She was awarded a diploma for her talents.

In the 1870’s Martha opened the Rocky Mountain Museum in Boulder, Colorado to display her mounts and to educate others. Her museum later was moved to Denver. She expanded her collection to include mammals – including the Black Footed Ferret, a very elusive species that had been recorded by John James Audubon but had never been seen by scientists. Martha became an avid hunter and collected most of her specimens herself. She traveled all across the west to study and to harvest specimens – she braved poor conditions and rough weather and didn’t seem bothered by them. Martha often brought her daughter with her on hunts. By 1869, Martha had over 600 animals in her collection.

Her first step in skinning the carcass was taking very specific measurements of all aspects of the body so she could replicate it exactly. She later hired a blacksmith to craft a thin iron frame, she then would cover it with cloth and then stretch the skins over it. This approach was much more advanced than any of the taxidermy methods used at the time such as filling the skins with clay or plaster. Her collection included a six foot grizzly, a pronghorn antelope, and snakes. Many of her rare items she sent to the Smithsonian for display. Ferdinand V. Hayden of the U.S. Geological Survey said about her museum “it excelled every other in the West” but the museum struggled financially and James was not working.

Her display was featured at the Colorado’s exhibit for Philadelphia’s Centennial International Exposition. Her landscape included mountains, plains, a cave, a stream that fed a lake filled with various creatures. There was puma posed as if to kill a deer, a doe nuzzling her fawn, fox, bear, sheep, buffalo, elk, pronghorn sheep – and a postcard that read “Woman’s Work”. Everyone was amazed that this 4’11” had killed and preserved the animals and created this massive display unlike anything ever seen before. 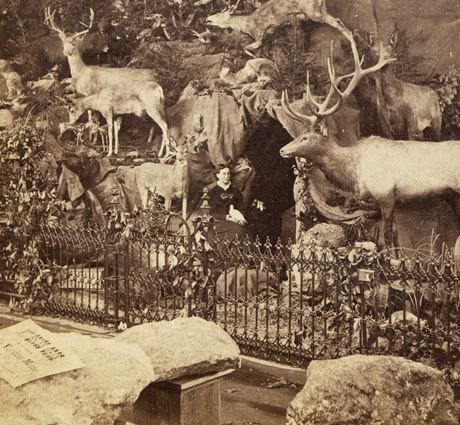 Unfortunately, after the display was taken down improperly in New York mold set in and every item was ruined. There is not a single specimen left from Martha’s elaborate museum. She died in 1881 of ovarian cancer. It wasn’t until after her death that Mabel came to admire and appreciate her mothers work. But now, her methods are the standard practice for taxidermy all over the world. 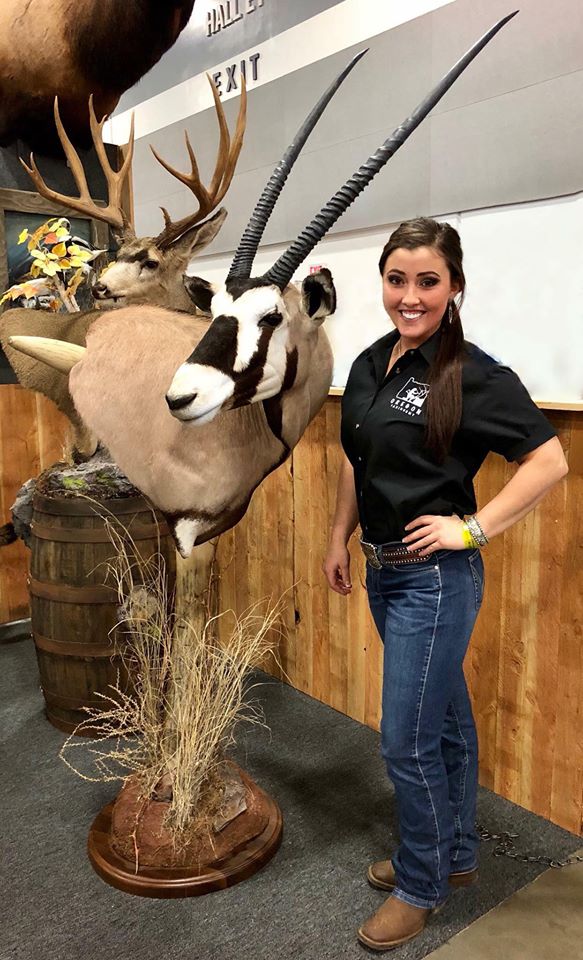 She, like Martha, is defiantly a determined lady! Kiernan also owns Phaded Acres Colt Starting and Performance. This former Miss Rodeo is talented in multiple areas! At age 17, just after high school, she and a friend dropped off a buck at a taxidermy shop. By the time she walked out she knew she was going to be a taxidermist. So the very next month Kiernan moved to Montana to begin schooling. “I have never looked back since!” she said.

There are many ways to learn to be a taxidermist – schools, internships, books, dvds, etc. Kiernan recommends working with a few good artists along the way regardless of the educational path you choose. And each state has its own licensing laws and regulations. I was amazed to learn that there was so many tools involved – each with its own special purpose. Kiernan stresses that the most important skill is actually money management –there is quite a bit of overhead with opening a taxidermy shop. 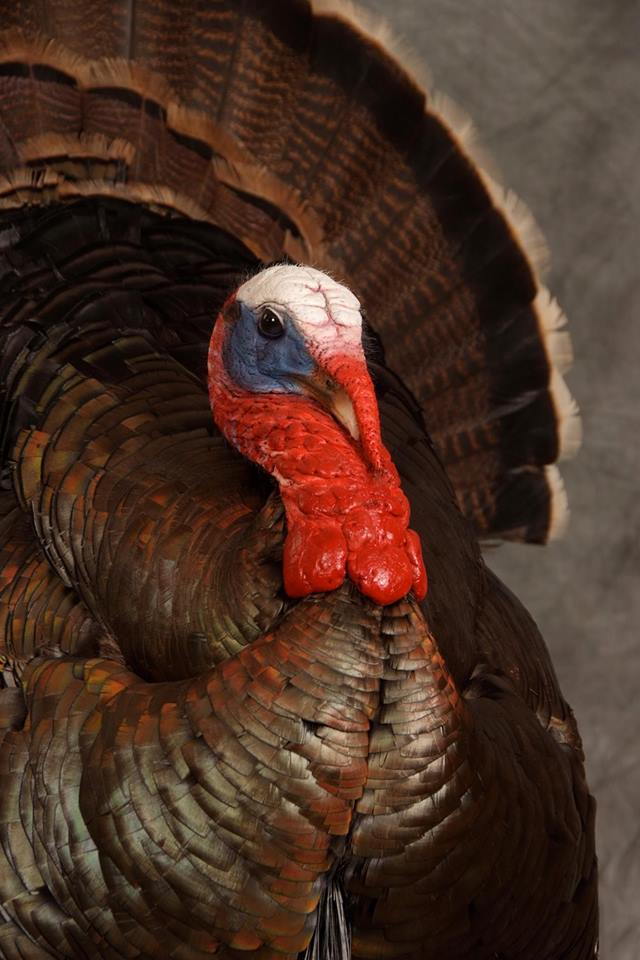 “At first no one took me seriously, especially being 17… I really started gaining respect around 20 or 21 and now I’m at 24 and I no longer deal with people not taking me serious. Everybody around here knows who I am now and that I am not just here to mess around. Being female did hinder me at first – between that and my age, nothing was going for me. But now, I can’t tell you how many people I’ve had come to me just because I am a woman and they know that gives me a natural eye for detail. I have had so many people actually tell me that they will never go to a male taxidermist again. Which is a huge complement being in such a male dominated industry!”

Kiernan’s passion for this art is so evident “Being female is an advantage in this industry for sure!” 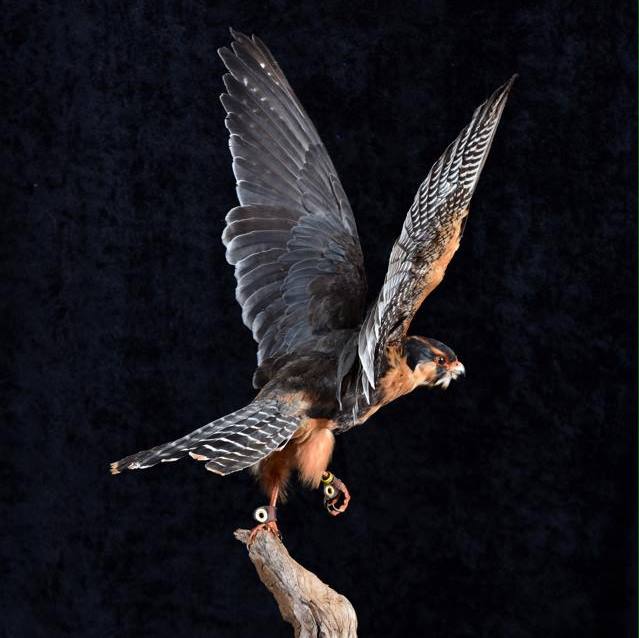 “In the summer of 2016, I had about 50 hours into my competition piece of a life-size Badger when my candle that was about 10’ away caught the fumes from my foam just right and my table and Badger went up in flames! Poof!! It felt like an eternity – but really it all happened in about 20 seconds. After scrubbing off his black hairs and fluffing him up, my badger went on to win the Highest scoring Open in Oregon and Best of Category.” Her badger looks like it is going to walk away any moment. 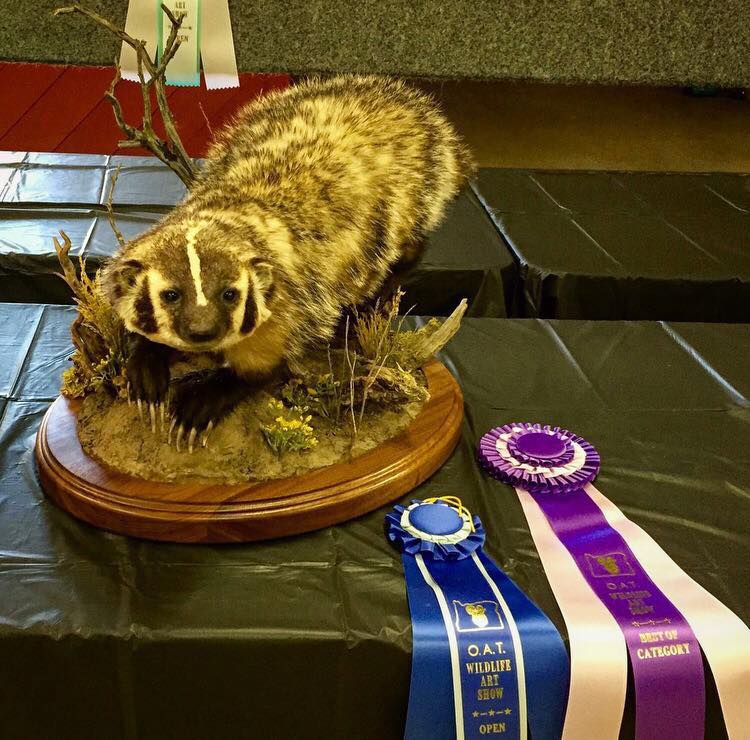 “I defiantly go for the Alive and Peaceful look with mine. I have the utmost respect for animals and I want them to look natural and presentable for everyone. My biggest fear is someone thinking I don’t have respect for our wildlife when it is the complete opposite. We as hunters know it is our duty to help manage wildlife and their habitat so we have them around for future generations to enjoy. Taxidermy is respectful and educational. Hunters are the #1 contributor to wildlife conservation! It is just as simple as that!”

I really enjoyed looking at a picture of an Elk she preserved. The veins and wrinkles on its muzzle were so accurate - it was mesmerizing.

“I’d say the most difficult part of Taxidermy for me is how physically demanding it is. I rarely get to sit behind a desk (thankfully) but that also means I spend most of all day every day physically hands on with some oftentimes heavy pieces – having to wrestle them around. I’d be lying if I didn’t say it was a struggle occasionally and that I wasn’t sore. The most challenging piece I have worked on has to be the Kudu. They have so much extra skin and their skin is super thick. The African Kudu is built so differently from our North American deer varieties. I had to do several of them before it became any easier!” 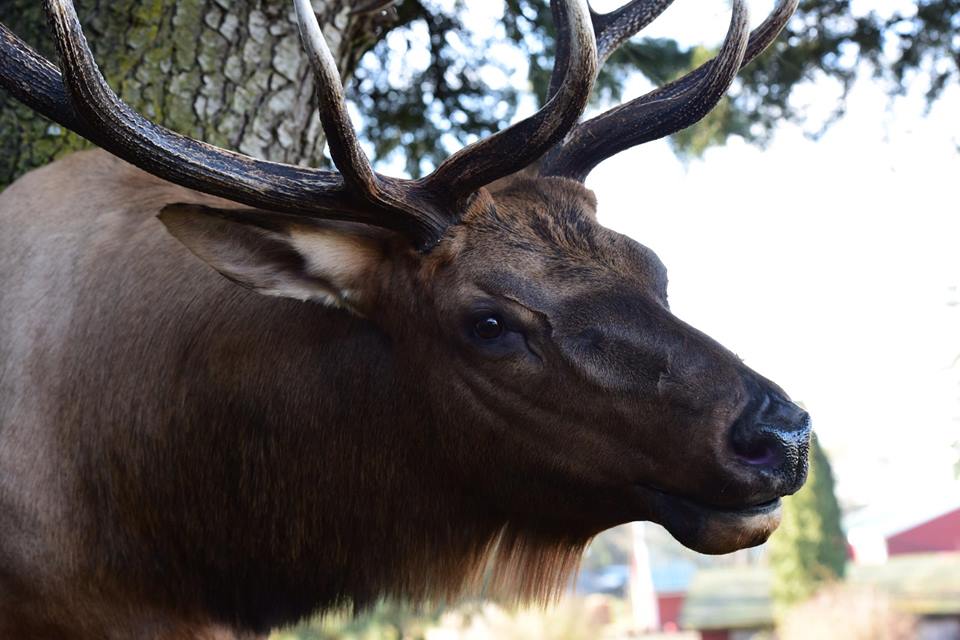 Kiernan has entered many competitions and has won many awards in Oregon and Idaho. “Competing is one of the best ways to gain knowledge in this art. The judges give feedback and you are surrounded by other passionate artists” Kiernan was an absolute joy to get to know!