When I first arrived at the Primitive Outfitter’s lodge I was absolutely blown away by how breathtakingly beautiful it was. The pictures do not do it justice and I’m afraid I could never truly articulate it with words either. The lodge is a log cabin lovers dream and the scenery surrounding it, is something out of a painting! 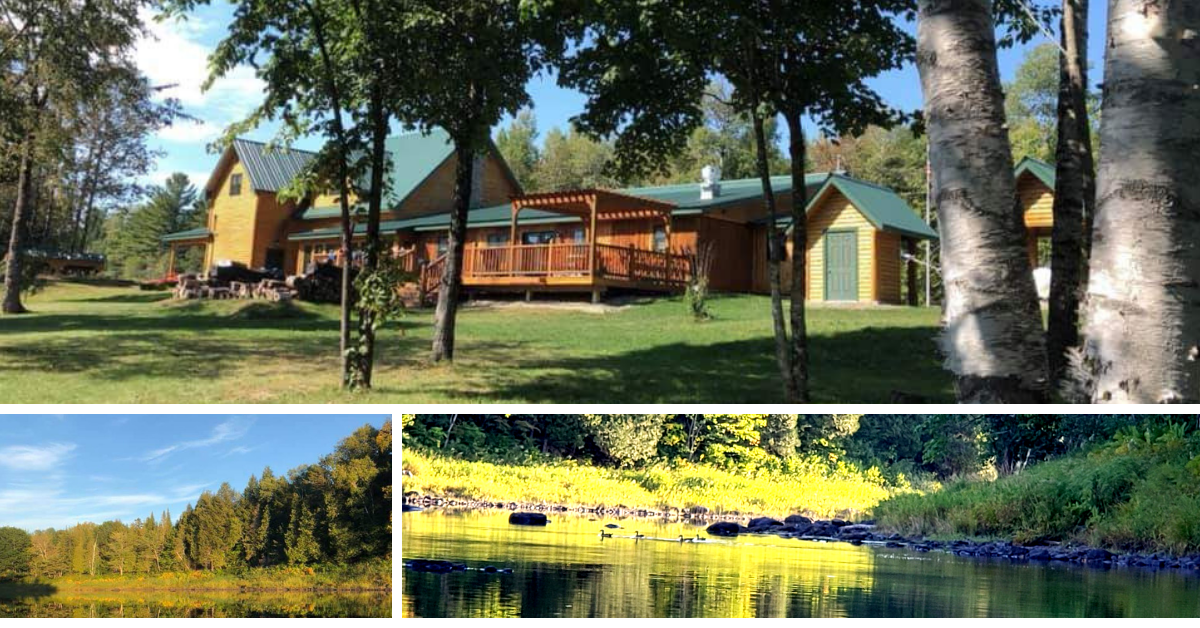 We spent the first day kayaking and fishing the beautiful river that flows directly behind the lodge. 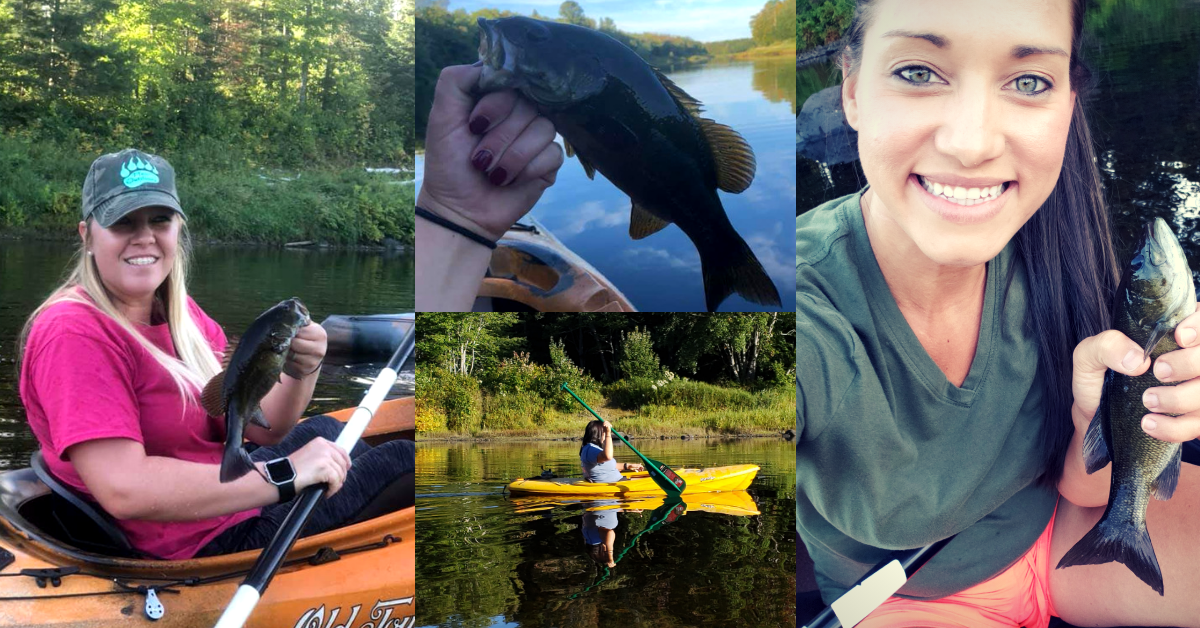 The following morning we sighted in our rifles… 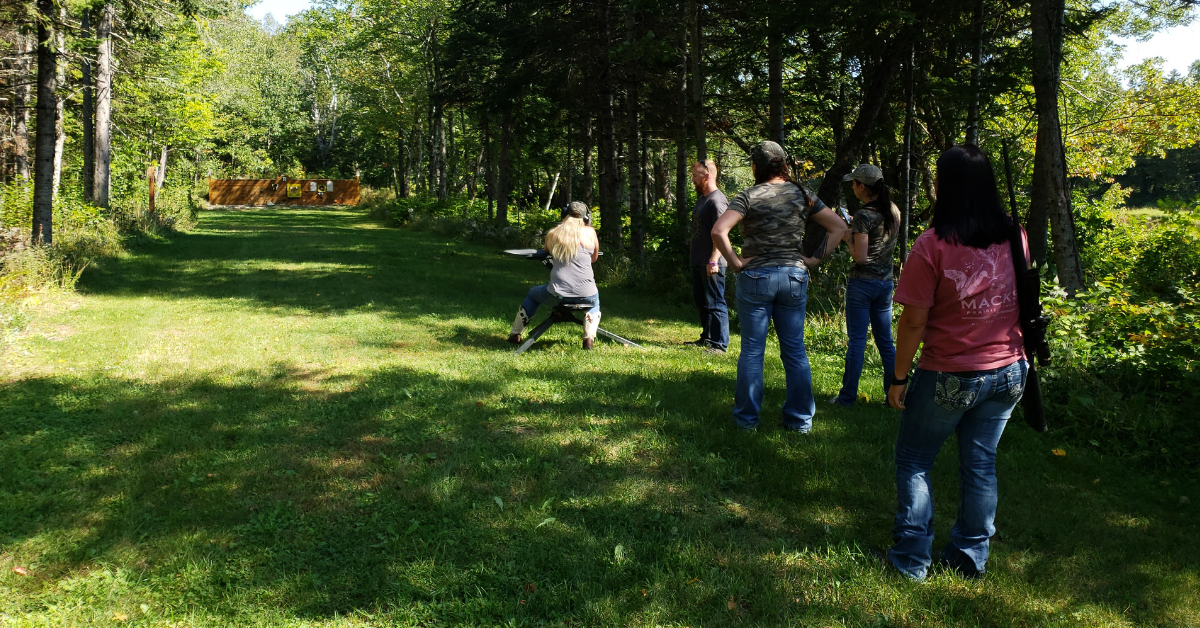 Then camo’d up and headed to our individual tree stands. 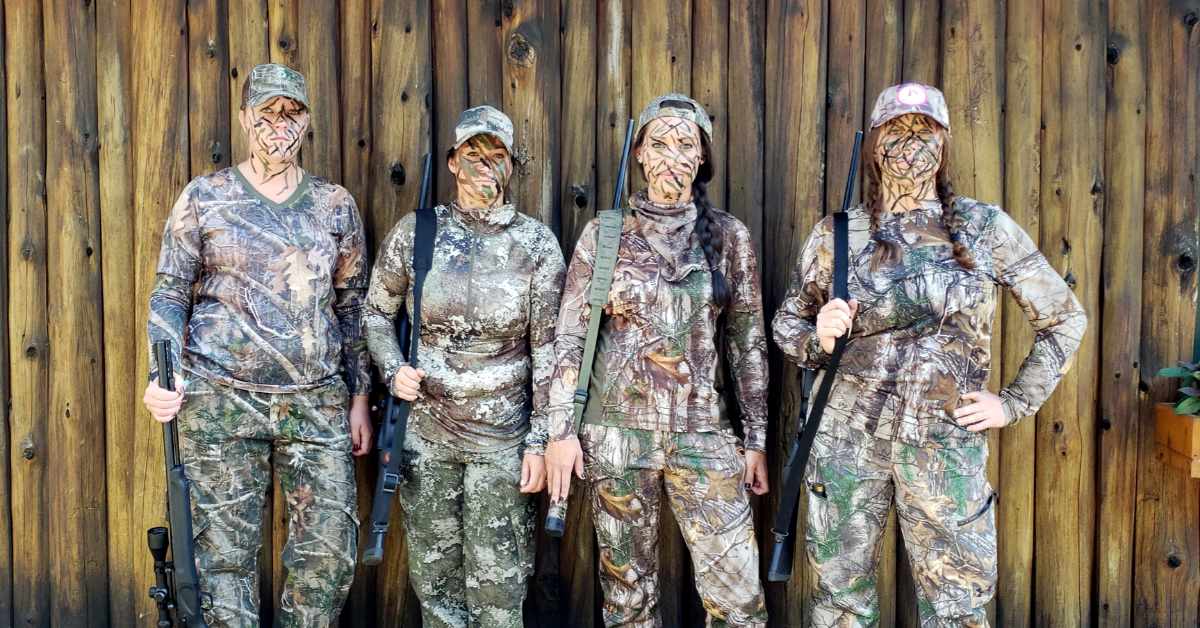 After several hours of sitting in the stands watching squirrels and chipmunks feast on the bait barrel, I was on the edge of my tree stand hoping to hear a shot ring out through the trees. I wanted someone to get a bear SO badly. But the forest remained silent. 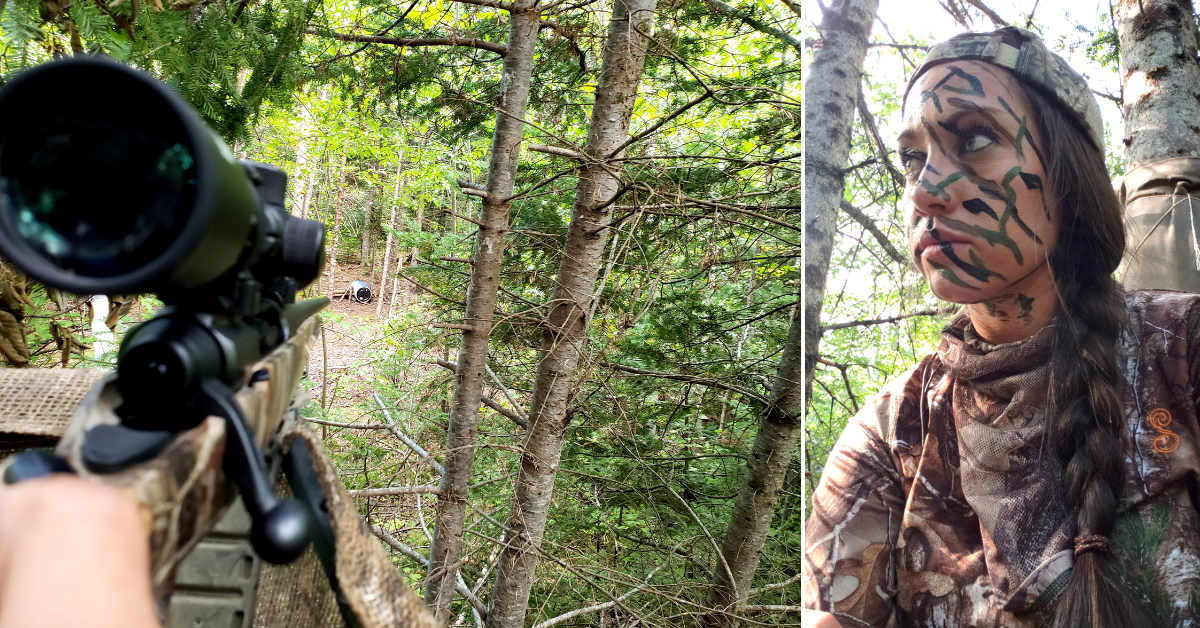 The sun was beginning to set on my hopes of one of the girls getting a bear, when my eyes caught movement from my left. Walking through the trees was a HUGE black bear!! My jaw dropped at it’s size and my heart began to race. I shouldered my rifle as quietly as I could but the bears incredible hearing heard my movement and his head snapped to me. I froze as he stared directly at me. We stared at each other for what felt like an eternity. (but it was likely only 10 seconds at most.) He decided to focus his attention on the bait barrel. I shouldered my .243 and pressed my cheek to the stock now watching him through my scope. His head jolted up again! Now feeling like I was face to face with him, his eyes were on me, his nose in the air sniffing hard, trying to figure me out. But food got the better of him, because he turned his attention again to the barrel. I slowly put the cross hairs on his vitals but there was a tree shielding the area. I decided to hold my cross hairs in front of the tree and wait. And then it happened, he made the fatal decision to take a step forward exposing his vitals. I took a deep breath and slowly pulled the trigger.

What was once a silent forest now sounded like a giant boulder crashing through the trees. But the crashing suddenly stopped and was replaced by the bear’s final and mighty roar. And then silence once again. I did it. I got the bear! 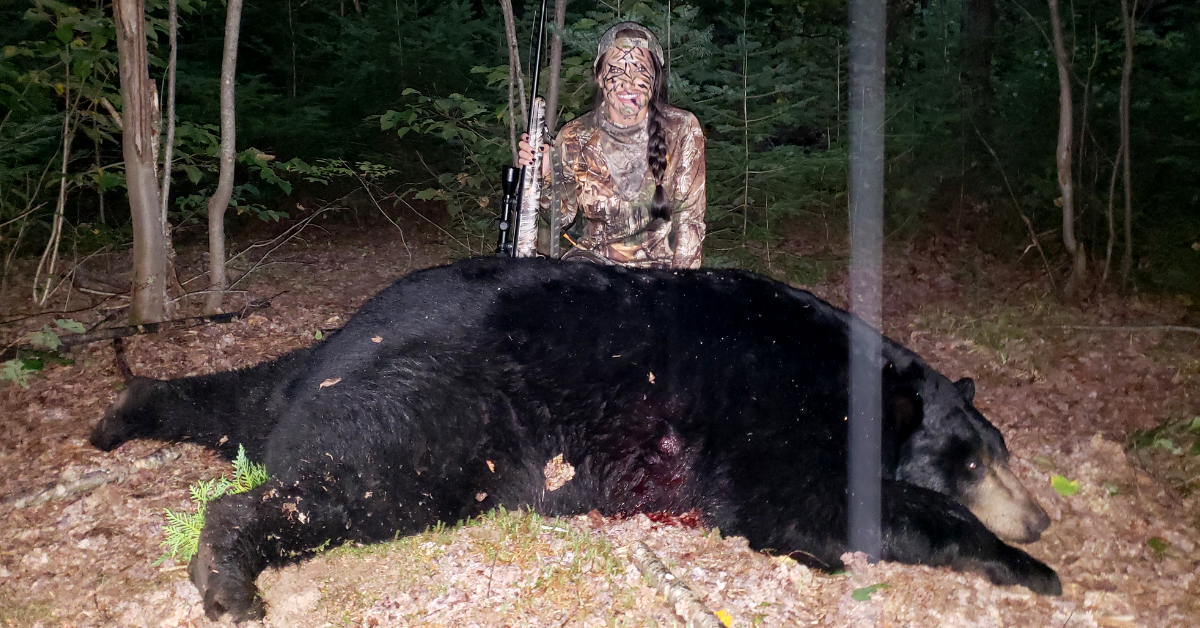 The next morning, we ran dogs and Brittany was up first to be the shooter. We started at 5am and spent the entire morning chasing and trusting their noses. The dogs ran hard and never gave up…but neither did the bear! 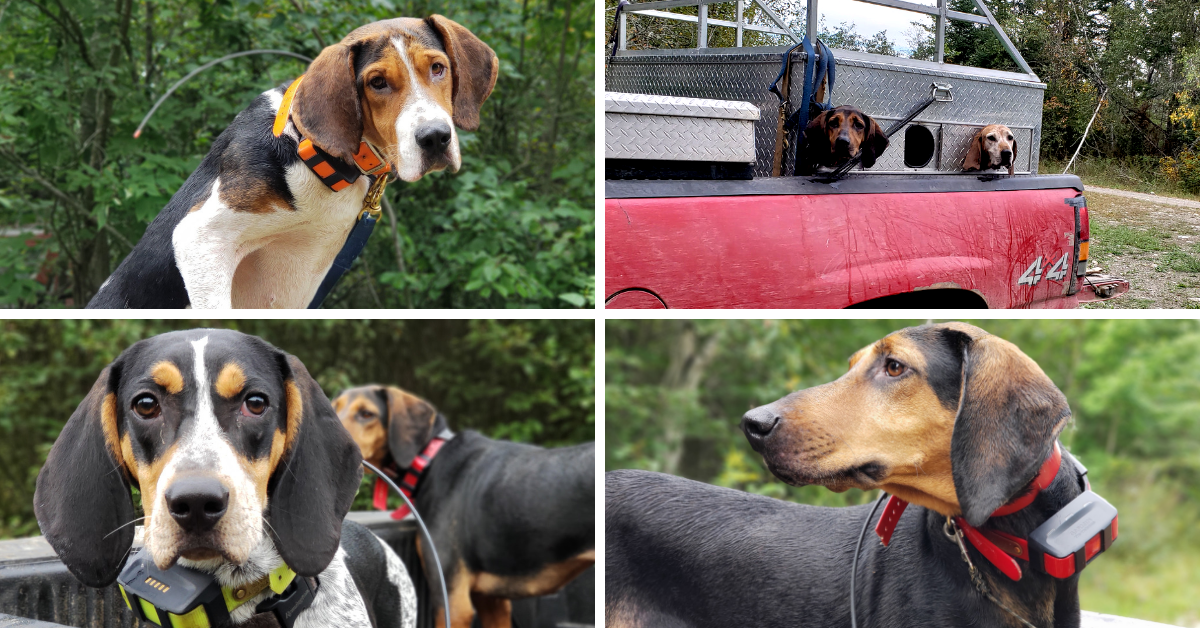 Finally around 1pm, it happened. The dogs had treed the bear! We jumped out of the truck and ran into the woods and there he was, high in the tree. Britany delivered a fatal blow that brought him out of the tree. It was an amazing and emotional experience for it was her first big game animal ever! I was so happy for her it brought tears to my eyes! ( I can honestly say I think I was more excited for her to get one, than I was getting my 540lbs bear!) 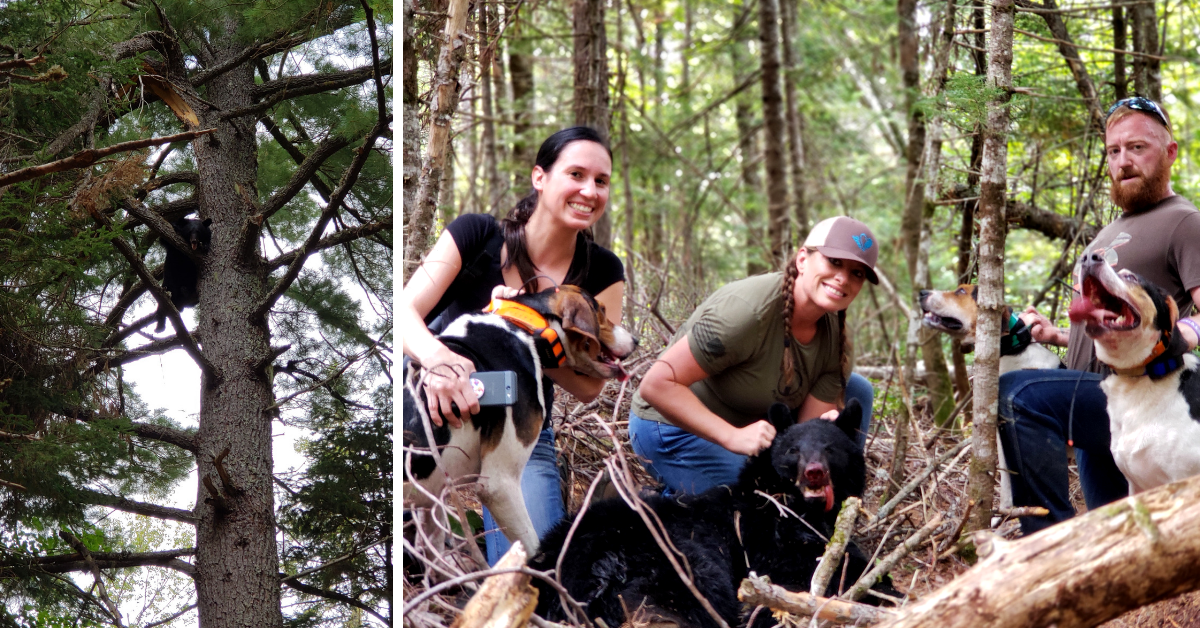 Jessie and Lindsey spent the rest of the week hunting extremely hard in hopes of getting another bear but had to end the hunt with only memories and the experience. Jessie said, “I am leaving Maine with and empty freezer but a full heart. I am forever grateful for this experience and I am missing all of you already. I can’t wait for the next visit. I’m so proud of you Kari and Britany, you guys did it!” 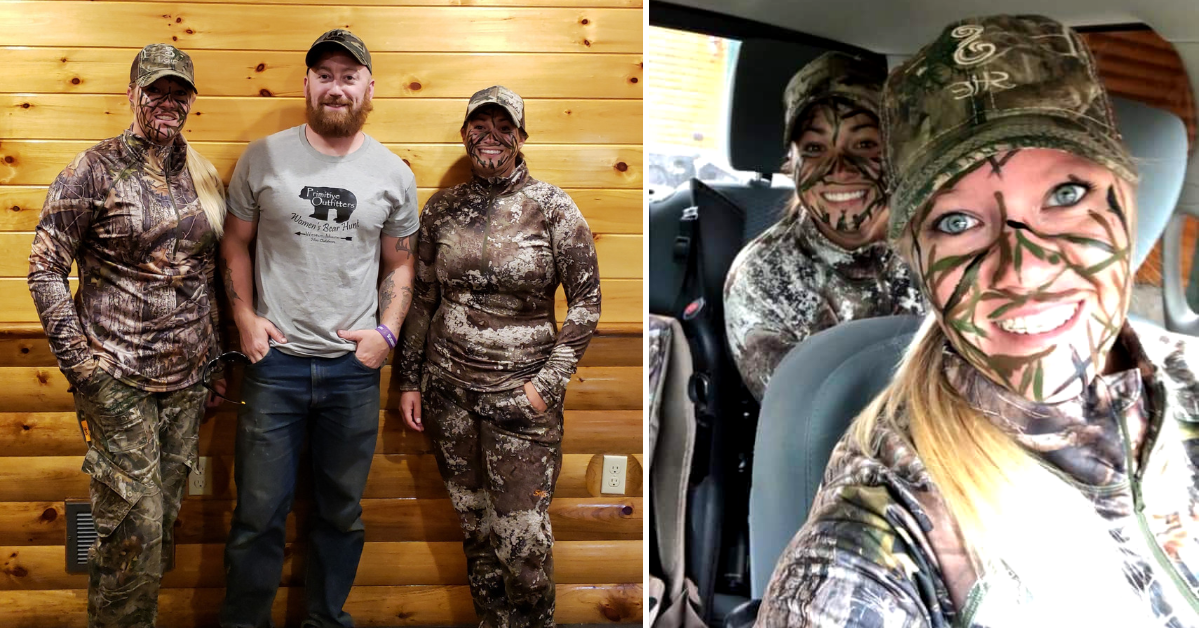 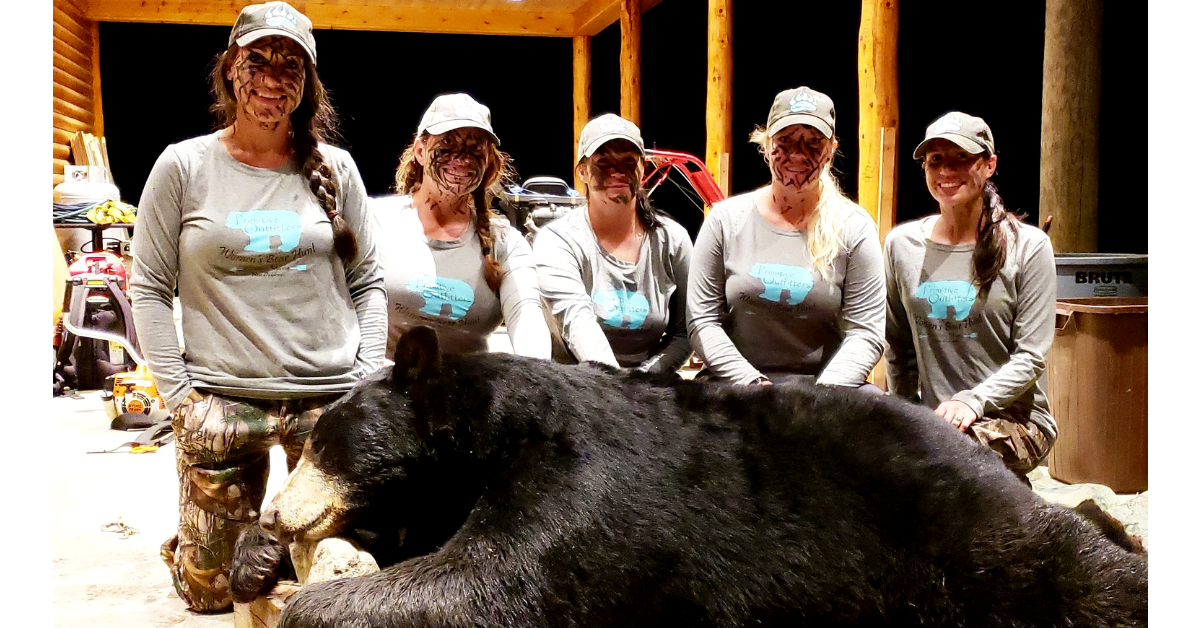